The American government does not seem to like Elon Musk. 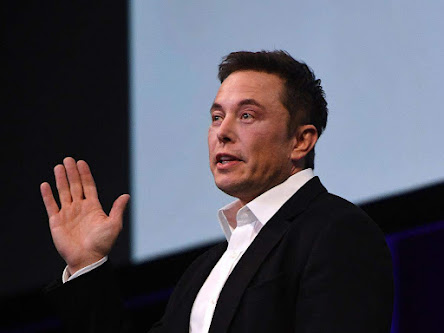 The American seems to dislike or have something against Elon Musk. The NASA Administrator often tweets about NASA Updates and all things NASA-Related. What we've noticed is, he's mentioned almost every private space companies' name, including Boeing Space, Blue Origin, and even SpaceX, which is owned by Elon Musk. He congratulated SpaceX on their recent successful Inspiration4 Mission, but he never mentioned Elon Musk's name, and never really has. Additionally, it's been more than 3 days since the successful launch of the Inspiration4 mission, carrying four civilians to orbit for 3 days (they are now back on Earth), and Joe Biden has said nothing about it, which is extremely disrespectful considering this massive accomplishment in human spaceflight. The Inspiration4 mission had a goal of reaching a $200 Million fundraising goal for St. Jude. At the end of the Inspiration4 Mission (yesterday), unfortunately, they didn't reach the $200 Million Goal, but Elon Musk was nice enough to chip in $50 Million from his pocket, and still, Joe Biden doesn't seem to care, or he just might not understand how much of an accomplishment this mission is. Either way, it is unacceptable.

Bernie Sanders, a government official, also seems to like to attack Elon Musk. He attacked Elon Musk for supposedly not paying taxes in the year of 2018 as seen below. You can see a response saying that Elon Musk paid $0 in taxes in 2018 because he made $0 in 2018, which is likely true considering he lives in a house about the size of your bedroom and is simply focused on making life multiplanetary, not getting rich and spending all of his non-existent money, and the fact that he also stated Tesla had almost gone bankrupt in 2018. 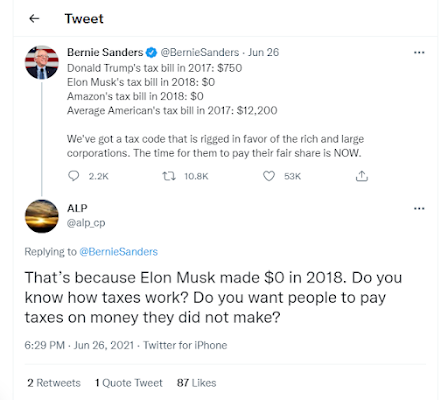 The government needs to understand how important Elon Musk and SpaceX is, and they need to stop being stubborn & looking at Elon Musk as some rich guy that spends all of his money on "personal hobbies".