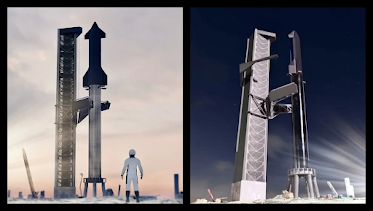 SpaceX's long-term goal is to colonize the planet Mars, to make Humans a multiplanetary species. Why Mars though? Mars is the closest planet to Earth which is in the habitable zone and is not a burning hellfire (Hi Venus!). Here's what SpaceX says about "Why Mars?":

"At an average distance of 140 million miles, Mars is one of Earth's closest habitable neighbors. Mars is about half again as far from the Sun as Earth is, so it still has decent sunlight. It is a little cold, but we can warm it up. Its atmosphere is primarily CO2 with some nitrogen and argon and a few other trace elements, which means that we can grow plants on Mars just by compressing the atmosphere."

SpaceX wants to colonize Mars to make humanity a multiplanetary species and to ensure the continued existence of humanity for the foreseeable future. That way, if something happens to Earth, whether it is a massive asteroid impact, or what ever, humans will still be present on Mars. It is unlikely that we will be able to completely terraform Mars due to the lack of sufficient technology to do so. Swivro supports this concept, and we at Swivro think it will become a reality within just 50 years based on the current insanely fast progress from SpaceX.

In order to colonize Mars, you need to have high tonnage capability, and this means you need a really big and powerful rocket, as Elon Musk says. This is why they are building the Starship Rocket. It is fully reusable, meaning the first and second stage of the rocket (the two elements that "break apart") can both land back on Earth shortly after launching. This makes the rocket very cheap, as you will not have to build an entire new rocket after each launch, instead, you can just refuel the one that you just landed, and fly it again & again & again. With orbital refueling, meaning the spacecraft can refuel while in orbit, Starship will be able to carry up to 150 tons (300,000 pounds). The average American house is somewhere around approximately 100,000 pounds, meaning, if you could fit three houses inside Starship, it could carry all three to orbit and back.

The Starship Rocket uses Methane as a fuel and Oxygen as an oxidizer. They chose these two because both can be produced on Mars using it's own atmosphere (which is primarily CO2). The Mars Perseverance Rover demonstrated this, as it produced about 5.5 grams of oxygen in one hour, just with the rovers little "MOXIE" Oxygen generation system. 5.5 grams of oxygen is enough for a human survive on for approximately 10 minutes. Now imagine multiple huge oxygen extraction machines. They would able to support multiple humans for years. Given the current rapid progress of the Starship Rocket, haven flown 5+ times already, in less than a year, the first humans will probably land on Mars within 2-5 years. From Swivro, we wish SpaceX, NASA, and all of the other affiliated companies, good luck!