Blue Origin delays the next Moon Landing yet again 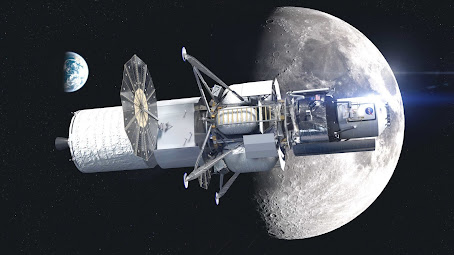 Blue Origin never seems to stop being petty. This is not an opinion-based blog post, it is only what is actually happening. NASA started a HLS (Human Landing System) competition to choose one private commercial company to build the next Moon Landing Systems, to land on the Moon by 2024. SpaceX, offered the rocket with the most lift capacity, capable of landing up to 150 tons of anything on the Moon. SpaceX also had the lowest price, and with NASA's extremely low budget, it makes sense for NASA to choose SpaceX, as they had the cheapest price.

Blue Origin, one of the companies competing, lost this competition, as NASA chose SpaceX. Blue Origin's moon lander, which was competing, is extremely costly compared to SpaceX's, potentially more dangerous, and is old-style, basically being a replica of the Saturn V Apollo Moon Lander from the 1960's, but modernized a bit. It is also not fully reusable, and it's lifting capacity sucks compared to SpaceX's. Blue Origin continued to be petty and is now suing NASA in an attempt to force NASA to give Blue Origin a second moon landing contract so SpaceX is not the only winner.

Blue Origin is also extremely petty on Twitter and makes themselves look horrible. They publicly post diagrams of SpaceX and Blue Origin comparisons, which are all total BS anyways. All Blue Origin has done is delay the Moon landing by years, as they have forced NASA to tell SpaceX to halt their development for the HLS program. The next Moon Landing was supposed to be in 2024, but now it looks to be delayed by years. All we from Swivro have to say is, Blue Origin needs to stop being petty, and NASA needs to build their own lunar lander instead of paying private companies to do so. We at Swivro do not agree with what Blue Origin is doing.