Is spaceflight advancement worth the "pollution"? 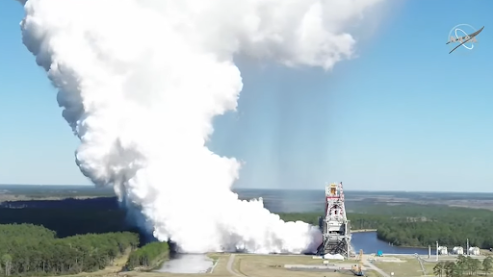 Spaceflight is an advanced industry. To get to outer space efficiently, you need to create combustion with a fuel & oxidizer. Some fuels are more powerful than others. The image you see above is an image of NASA testing their Artemis Moon Rocket, called SLS, short for Space Launch System. It has 4 engines (known as RS-25 Engines). All 4 of these engines are being reused from old space shuttle missions from space shuttles. For a fuel, they use Liquid Hydrogen (LH2) and for oxidizer, they use Liquid Oxygen (LOX/LO2).
You need an oxidizer in a rocket, because rockets go to space, and space is a near vacuum, meaning it is emptiness, resulting in pretty much no oxygen being present. To create combustion/a fire, you need oxygen. We have plenty of that on Earth, which is why & how fires exist, but in space, you need to bring your own with you, so rockets carry Liquid Oxygen. Liquid because it is more dense than gaseous oxygen, so you can fit more of the oxygen in your fuel tank. When Hydrogen and Oxygen burn together, the exhaust is simply just water vapor, and nothing else. That's right, the exhaust is gaseous H2O. If you capture the exhaust, and liquify it (simply by letting it sit there to turn into a liquid since water is a liquid at room temperature), you can literally drink it.
The image at the beginning of this post is Hydrogen & Oxygen, so none of that is actually pollution, it basically just makes clouds, and if you look in the middle of that big white cloud of steam, and then look to the right, you can see a grey area, and that is water raining down from the cloud generated by the steam back down onto the surface of Earth.
Although this sounds great, and that we no "no longer need to pollute" to get to space, and can simply use Hydrogen, well, yeah it is a great idea. But that is to just get to space. Hydrogen/Oxygen is definitely not the best fuel choice to get to Earth orbit or beyond, some may say it isn't even good. When you burn rocket fuel & oxidizer, you are usually burning hydrocarbons. This is the most powerful type of liquid (or gaseous) fuel. A hydrocarbon is a molecule which contains hydrogen atom(s) and carbon atom(s). Hydrogen is an exception as it is just H2, 2 hydrogen atoms, and no carbon atoms, the simplest fuel, but not the most powerful. Hydrocarbon fuels are more powerful than simple Hydrogen fuel.
Coming right after Hydrogen, in 2nd place, CH4. CH4, aka Methane is a hydrocarbon consisting of 4 Hydrogen atoms and 1 Carbon atom. 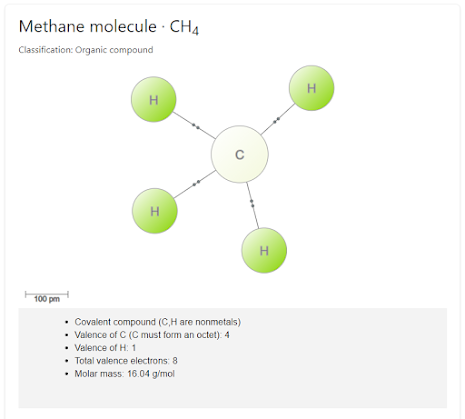 When methane is burned with Oxygen, the exhaust is CO2 and H2O. There is more H2O than CO2. Since Hydrogen burns clear (when carbon is burned in rocket fuel it burns orange), this makes the exhaust fairly transparent, as seen on SpaceX's Starship Rocket. 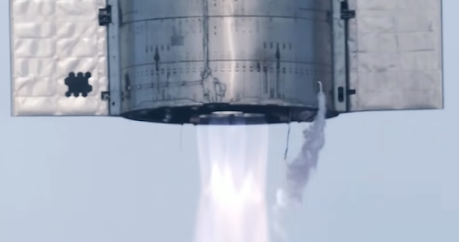 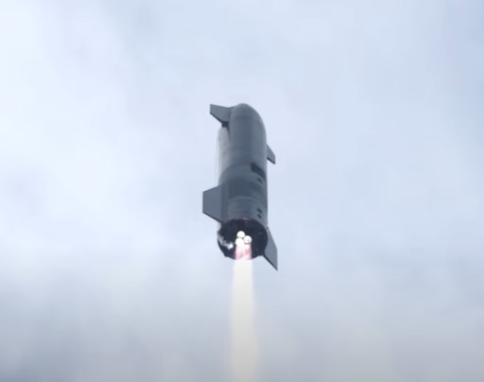 Methane is needed to have a rocket with high tonnage to Mars & beyond, to enable human colonization of Mars, therefor making humans a multiplanetary species. Kerosene has a crap load of molecules, especially a lot of Carbon. With all of Kerosene's molecules, this makes Kerosene a good fuel choice for rockets intended to carry payloads to Earth orbit, but it pollutes A LOT, and is not a good choice for a bunch of other reasons. An image of a rocket launching, burning Kerosene, can be seen below. (SpaceX Falcon 9 Rocket launching for a Starlink Mission) 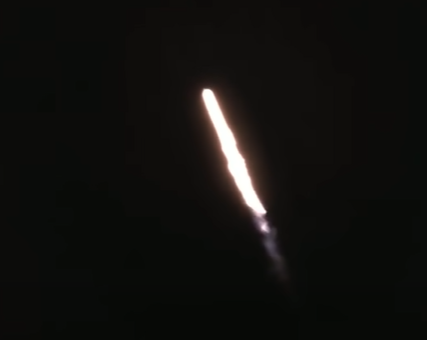 The conclusion is, rockets don't pollute as much as you would think. The core of NASA's upcoming SLS rocket that will return humans to the Moon does not pollute one bit, and SpaceX's upcoming Mars rocket barely pollutes. So yes, spaceflight advancement is worth the *minimal* pollution, because if a disaster occurs on Earth, wiping out all humans on Earth, we need another place to be that is self sustaining, and as of right now, that is Mars. To send humans to Mars and have high tonnage to Mars, you need a big & powerful rocket, and you need to be able to refuel on Mars, making Methane the perfect fuel.