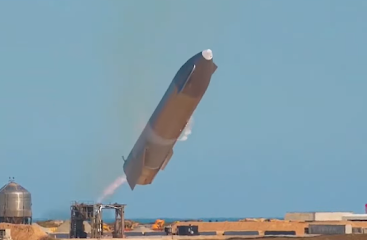 ALL IMAGE CREDIT GOES TO LABPADRE AND SPACEX

SpaceX's prototype test vehicle, called Starship, Serial Number 9, lifted off for its 10km test flight yesterday afternoon. As it soared all the way up to just above its 10km targeted apogee, it shut down its engines in a sequence. Cutting off the 1st engine, then shortly after, the second, and finally the third. When the third and longest/final running engine was cut off, the vehicle repositioned itself to have its belly facing the ground, bellyflopping, as seen in the image below. 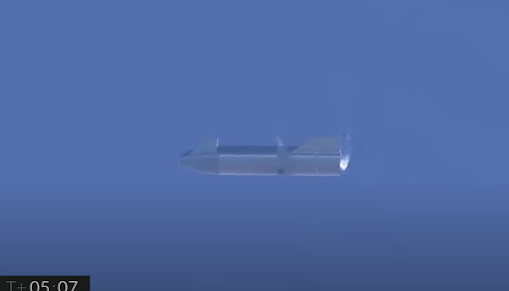 By performing this rather unique maneuver, it gives Starship a crazy advantage. If you forgot, Starship is the vehicle we have been talking about, as seen in both images above. It gives Starship an advantage by producing a crazy amount of drag. Instead of using up fuel to remain at a slow and steady speed while coasting back down to the landing site, it goes horizontal and uses (almost) all of its surface area to produce nothing but drag, and a slight amount of lift, only when tilting to adjust its trajectory.

Starship continues bellyflopping its way down to the landing site, and goes insanely low while still bellyflopping, below 1.5km, that is below 5,000ft, where an average amateur model rocket can fly up to. The rocket doesn't just, bellyflop and explode. Well, in this test it unintentionally did, but it won't do that when operational and out of its testing phase. It does this crazy flip with its engines, repositioning its engines to rapidly flip the vehicle to point retrograde, aka, having the tail face the incoming Windstream. 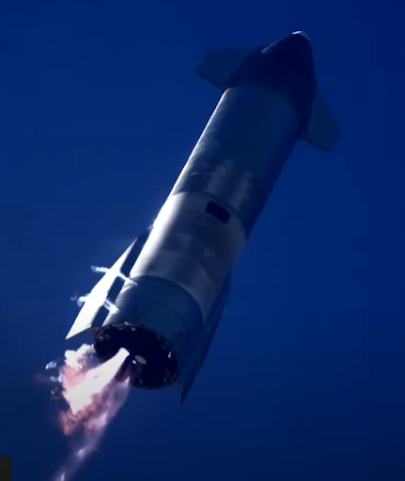 There are a few things to notice here. But importantly, you can see one engine shooting out these beautiful supersonic Mach diamonds, this is normal, as the rocket engine nozzle is overexpanded; more on that in a future blog post. But, the other engine that was supposed to restart/relight to help flip the vehicle, didn't, instead, it shot out a bunch of fire and debris, not just out of the nozzle where everything is supposed to come out, but at the top of the engine, and the sides, indicating something had gone terribly wrong with this engine, leaving the rocket being powered by only one engine.
This resulted in a lack of control authority and lack of sufficient thrust, leaving the vehicle descending at a high velocity and tilting out of control, as seen here: 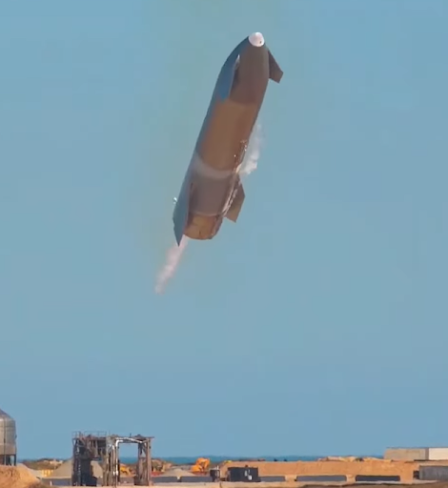 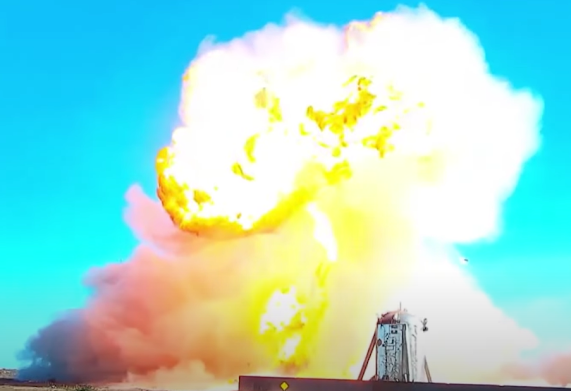 This test flight was still very successful, and softly landing it was only the secondary mission, the primary mission was to verify that the aerodynamic actuating flaps were able to control the vehicle while in a bellyflop-freefall, and that was very successful. SpaceX got a lot of data for this Starship, specifically, Starship SN9 (Serial Number 9). Starship SN8 has unfortunately failed at landing as well but did also a great job with its flaps while in freefall.
The issue with Starship SN8 was different. The methane header tank pressure was too low resulting in the exhaust gases being oxygen/oxidizer rich, leading to the walls of the rocket engine nozzle and chamber walls being oxidized, which is what that bright green flame was, as the combustion chamber and nozzle walls are believed to be copper, and copper burns green. 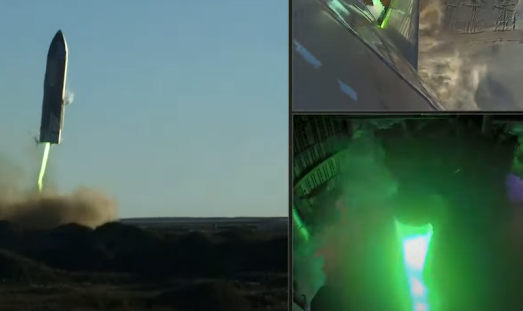 The flaps are not visible in this photo. They didn't magically disappear.
Both of these test flights were very successful and SpaceX gathered a lot of data from both SN8 and SN9, and soon we will have SN10 fly, and hopefully have a soft vertical landing!