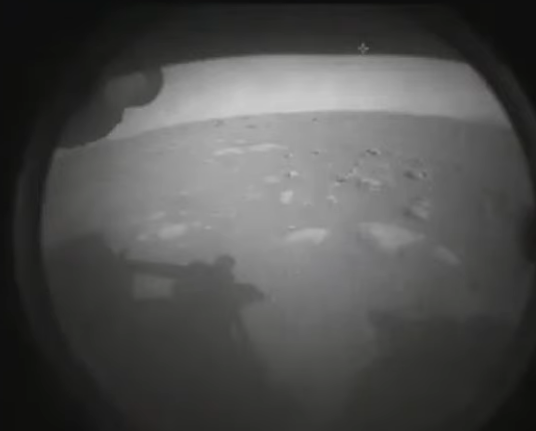 Yesterday, the NASA Perseverance Rover touched down on Mars. This is a huge success for everyone at NASA and JPL, but also a huge success for all humans. The Perseverance rover will search for ancient life on Mars since the Spirit and Opportunity rovers both found evidence of past water on Mars, which has now evaporated or turned into ice water. Because there used to be water on Mars, and there is evidence of it, there is pretty much no way there was not some kind of life form, because wherever there is water, there is life. The Perseverance Rover hasn't landed on Mars alone. The older Curiosity Rover is still on Mars roaming around gathering science & data and should be there for a long time. There is also the Mars Insight Lander that is gathering data about Mars' Material and interior. This isn't it though! Perseverance is carrying a special object with it. It's a small helicopter with carbon fiber blades and will attempt to do the first powered flight on another planet, Mars. 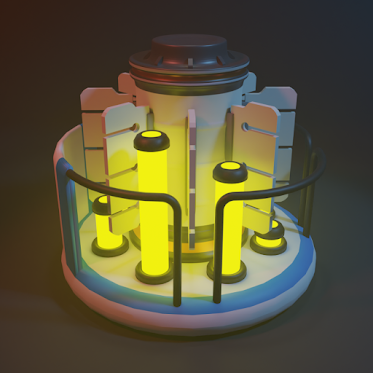 Credit: Gabbeloa
Both the Curiosity Rover and Perseverance Rover are powered by nuclear RTG's which recharge the rover's batteries at night. These RTG's typically last around 90 years, meanwhile, solar panels will not nearly last as long, not even close, on Mars. This is what killed the Spirit and Opportunity Mars Rovers. They used solar panels, and when there was a small dust storm, the solar panels were covered in dust, could not collect any solar energy, and left the rover to run out of electricity and die. Something similar is currently happening with the Mars Insight Lander. It uses solar panels and is covered in dust, so it has started shutting down systems to conserve energy and soak up as much sunlight as possible. It is also slightly shaking its solar panels hoping to get some dust off. Hopefully, Insight lives. The ingenuity Helicopter aboard the perseverance rover also uses solar panels, but it is beneath the helicopters' carbon fiber blades, so during flight, it will blow off all of the dust on the solar panels, making them as good as new. 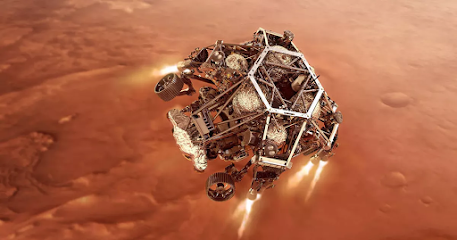 The rover used a skycrane system. The skycrane had 8 engines in total and fired them after the rover and skycrane separated from the shell that incapsulated the rover during its coast phase from Earth to Mars and during atmospheric entry. It then diverted towards one direction to avoid going back up and hitting the shell that it was just released from. Its on board cameras were looking at the ground as it was descending/slightly hovering and chose a landing spot. The skycrane with the rover still tucked up inside the skycrane, flew over to that landing spot, hovered above it, and started descending. The skycrane then lowered the rover down in preparation for a touchdown as seen below. 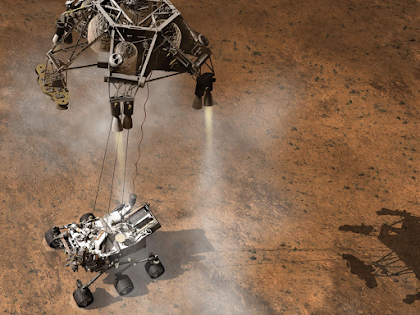 After the rover touches down, the wires that lowered the rover are then quickly released/jettisoned, and the skycrane flies away as far as possible to basically just get the heck out of there so it does not affect the rover. 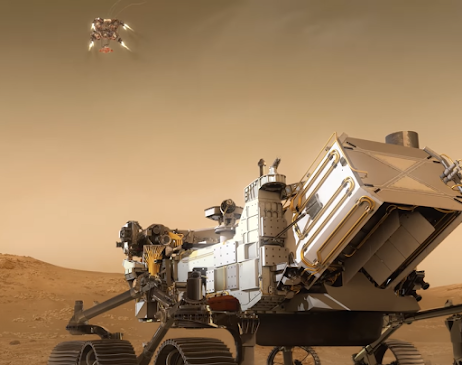 Perseverance is now safely on Mars, and has likely started moving around now to start its mission for searching for life. Good luck Perseverance, we hope you find ancient martians!