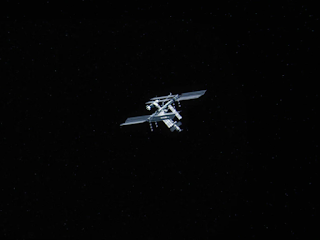 Solar sails: The future of propulsion in space?

A solar sail can come in quite a few forms, but the most common one consists of a large thin surface of a type of foil material, NASA has launched a solar sail test-bed on a SpaceX Falcon 9 rocket, that when collapsed was about the size of a dishwasher (A specification which is taken from NASA's website), and when unfolded it had an area of about 13000 square feet (1207 square meters). A solar sail uses photons, which in a nutshell are the particle that is responsible for light, massless but slowly builds up against the body of a solar sail providing a marginal amount of propulsion in the vacuum of space.

Pros and cons of the solar sail system:

No reaction mass is needed.

A solar sail does not any propellant or any mass other then the sail itself.

This saves quite a bit of mass and drastically extends the lifetime of a mission.

Unprecedented Specific Impulse that cannot be achieved on any chemical rocket.

Solar sails use nothing but the light particles from the sun to produce thrust, therefore making the only limiting factor the lifespan of the star (A solar sail can also be propelled by a ground laser for extra thrust, but this is just a concept and has never been tested before)

The sailing part of a solar sail has to be insanely thin to be mass efficient, which means that it's hard to produce.

While a solar sail does produce thrust, it is almost not noticeable, it would take years to reach a sun escape trajectory, let alone reach another star system, and even if you were trying to reach another star system you'd most likely run out of light before you even got fast enough! Even those tiny Ion thrusters that usually run on Argon or Xenon gas have more thrust than a big solar sail.

While solar sails do have a promising future, they definitely need more technology to make the thrust produced more powerful, otherwise, there really isn't a good use for them, and thats the truth. A cold gas nitrogen gas Reaction Control System on a small capsule or rocket is more powerful than the thrust being emitted from a solar sail.