Can Alien life exist on other Planets? 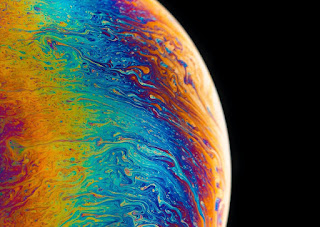 Alien life can definitely exist on other planets, even Mars, one of the closest planets to us at Earth, or even Venus, another close planet. When we think of Aliens, we usually think of those weird fake green creatures with big heads and giant eyes, and a small body. This is extremely unlikely that an alien can look like this, they probably look like us humans or are a different form of life, like bacteria and/or microbial life. There are some other requirements to have live on an extraterrestrial planet. To have life like us humans, you need to orbit within the habitable zone of a star, you need atmospheric pressure, and you need somewhere around 1G of gravity. Your atmospheric pressure should be somewhere around 14.7 PSI or 1 Bar. If this is your atmospheric pressure, your atmosphere cannot consist of 100% oxygen, but needs some other components, like more Nitrogen, or Helium, or some other inert gas.
At the moment, we do not really know of another planet like this, as of January 4th, 2021. Life as bacteria/in microbial form could exist on other planets, in water, with no atmospheric pressure or a very low atmospheric pressure. Water bears are small microbial creatures, and they can live in space as long as they are in water, without an atmosphere. Water bears have already begun colonizing the Moon, so there is life on the Moon now, and there are possibly water bears on Mars, when we sent rovers there, and as we just sent another one a few months ago, called Perseverance which will land on Mars, and attempt to produce oxygen. This oxygen experiment is a test for preparing to colonize Mars in the future.
So, the answer is yes, life can exist on other planets, and does, as we mentioned before, the Moon and Mars is colonized with Water Bears most likely. But regarding alien life, we have not found any yet, and we haven't found any major signs, besides phosphorus gas on Venus, but so far, as far as we know, that is leading to nothing.