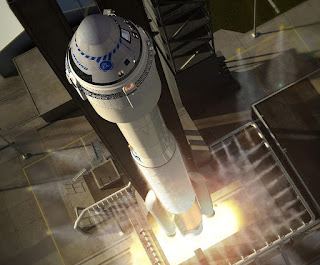 After the Boeing Starliner Space Capsule incident, many people looked at Boeing in a negative way, despite their contribution to Space Exploration.

One reason for negativity for Boeing
is because of their incident during the Starliner Orbital Test Flight. It was intended to rendezvous with the International Space Station, zooming around Earth at 17,500 mph, but instead, there was a software error that caused thrusters to fire at the wrong time, putting Starliner on the wrong course which caused the failure to rendezvous with the International Space Station. This made SpaceX’s Crew Dragon Capsule the first vehicle to carry humans from american soil since the American NASA Space Shuttle.

It is not as easy to get into orbit as flawlessly as people think. Thousands of things have to go right for one system to work, and one simple thing has to go wrong for the entire mission to fail, and during the Starliner Orbital Test Flight, a few things went wrong. Boeing says they are pretty much complete with fixing these issues, and aim for a second orbital launch test in early 2021, specifically January-February. Boeing has been taking their time, not a bad thing, working through issues, and other possible issues, ensuring that Starliner is 100% safe.

The upcoming Starliner orbital test flight will of course be uncrewed, as it is a test flight verifying that all issues had been solved. Boeing aims for a crewed flight on the third flight of Starliner. Starliner currently rides atop an amazing ULA Atlas V rocket in an N22 Configuration. The N stands for No Fairing, as a Starliner Capsule will be on top the rocket instead of a fairing, the 2 stands for 2 Solid Rocket Boosters, which are located on the bottom of the core Atlas Stage, and the second 2 stands for 2 RL-20 Vacuum rocket engines, which are located beneath the centaur upper stage fuel tanks. The RL-10 Engines are not very powerful, but are EXTREMELY efficient, also leaving an insane amount of energy left after centaur engine shutdown.

Boeing isn’t just working on software issues, they are verifying that all other safety systems are flawless, and are making everything perfect, in order to have a perfect orbital test flight, to then temporarily dock with the International Space Station.

The conclusion is, Boeing’s progress is not that fast, it is slow, but if it wasn’t this slow, their Starliner capsule would not be as safe.